Published authors with a mission to serve.

Dr. Larry and Audrey Jones are authors, parents of ADHD children, and mental health advocates. They formed Enable Tables Media, LLC to teach parents and educators how to properly raise and instruct ADHD children, and motivate them to perform well in school and live stable, productive, and resilient lives. 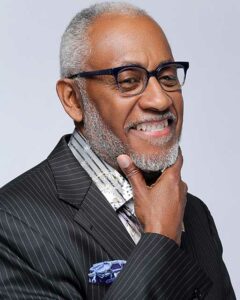 Dr. Larry A. Jones is a retired pediatrician. He studied at Wesleyan University in Middletown, Connecticut for three years then transferred to Johns Hopkins University in Baltimore, Maryland, where he received an undergraduate degree in Biology and his Doctor of Medicine. Thereafter, Dr. Jones completed his pediatric residency, genetics fellowship, and the Executive Healthcare Management MBA program at Washington University in St. Louis, Missouri.

After his medical training and postgraduate education, Dr. Jones remained in St. Louis where he opened a general pediatrics office in 1981 including a specialty in children’s learning disabilities, namely, ADHD (Attention Deficit Hyperactivity Disorder). Dr. Jones became more involved in treating children with ADHD after he and his three sons were diagnosed with the genetic, brain-based syndrome.

Since then Dr. Jones has been proactive in bringing awareness about ADHD to public health officials, hospital administrators, and physicians.

Dr. Jones served as the chief administrator for childhood lead poisoning lead and all other child and maternal health activities for the city of St. Louis. Most notably, he coordinated the treatments for childhood lead poisoning, a known cause of childhood ADHD, to help the city government, insurance companies, and hospitals improve and manage their remediation efforts. During the twenty-five years of working in private practice and after leaving his practice, Dr. Jones has spent nearly twenty years in healthcare administration including serving as Chief Medical Officer for a hospital and a health plan.

For ten years he has served as a physician advisor for hospitals in St. Louis and most recently in Charlotte, North Carolina prior to his retirement. He helped hospital administrators maintain their patients’ quality of care by managing their healthcare compliance and reimbursement, while promoting patient advocacy. He is a member of WIE Champions, a local multi-diverse group of Charlotte men promoting open discussions on race and culture; NAMI Charlotte, Board of Directors; and several ministries at Friendship, MBC including Social Justice.

After co-authoring Falling Through the Ceiling; Our ADHD Family Memoir with his wife Audrey Jones, about the challenges of raising their three ADHD sons in the 1980’s and 90’s. Since publishing their book, Dr. Jones has trained as an ADHD and Life Coach. He serves as that independent authority to assist and to guide individuals and families about education and career choices, when there are barriers to success based on ADHD or other causes. As the founder of TASTE of Success Coaching, Turning ADHD from Stigma to Stability is our mission.

For his book order at: enabletables.com
For a free 30-minute Coaching Session contact Dr. Jones at: https://www.enabletables.com/adhd-coaching/ or call him at 980 428-9890 if you want to know more about ADHD and Life Coaching.

Audrey Jones is a retired office administrator and former business owner. She graduated from Wellesley College in Wellesley, Massachusetts with a BA in Anthropology. Ms. Jones earned an MA in health management and an MBA in marketing at Washington University in St. Louis, Missouri.

For twenty-five years, Ms. Jones worked alongside her husband at his general pediatrics office, managing the daily operations in the human resources and accounting departments. She also trained and supervised office staff members at other medical practices. Later Ms. Jones became an ombudsman for parents and families, addressing their social, educational, and medical challenges.

As an entrepreneur, Ms. Jones was the managing partner of PCA, Inc., which owned and operated 14 retail concession locations at the St. Louis Lambert International Airport. Her area of expertise was books and magazines. At PCA she managed the largest book and magazine retail enterprise in the St. Louis region.

After her husband’s and sons’ ADHD diagnosis, Ms. Jones faced a series of challenges, trying to manage her marriage, a full-time job, a successful business, and three children. As a result, she suffered an autoimmune illness, which caused permanent disability.

During her recovery Ms. Jones considered writing a book about how raising ADHD children led to her condition. But she saw a greater purpose in writing one that would help parents and educators understand the diagnosis and how to support children living with ADHD.

We will publish and promote books and other educational resources that teach families to be resilient by providing relief, support, hope, and solutions to parents because…“Parenting is the hardest thing that you will ever do.”

3. Creating linkages with other authors who share similar missions

4. Creating opportunities for nontraditional sales and distribution of these tools

The ENABLE TABLES are erected in families dilemma-by-dilemma, fueled by low frustration tolerance of school, work, and relationship problems. Helping is part of our DNA, but we do not properly identify and seek treatment for the underlying diagnosis, ADHD. The more we help and protect we become addicted to the action, but the enabled suffer the consequences including substance abuse and legal difficulties.

Get your FREE chapter!

Enter email to download and to also receive the latest news and updates!